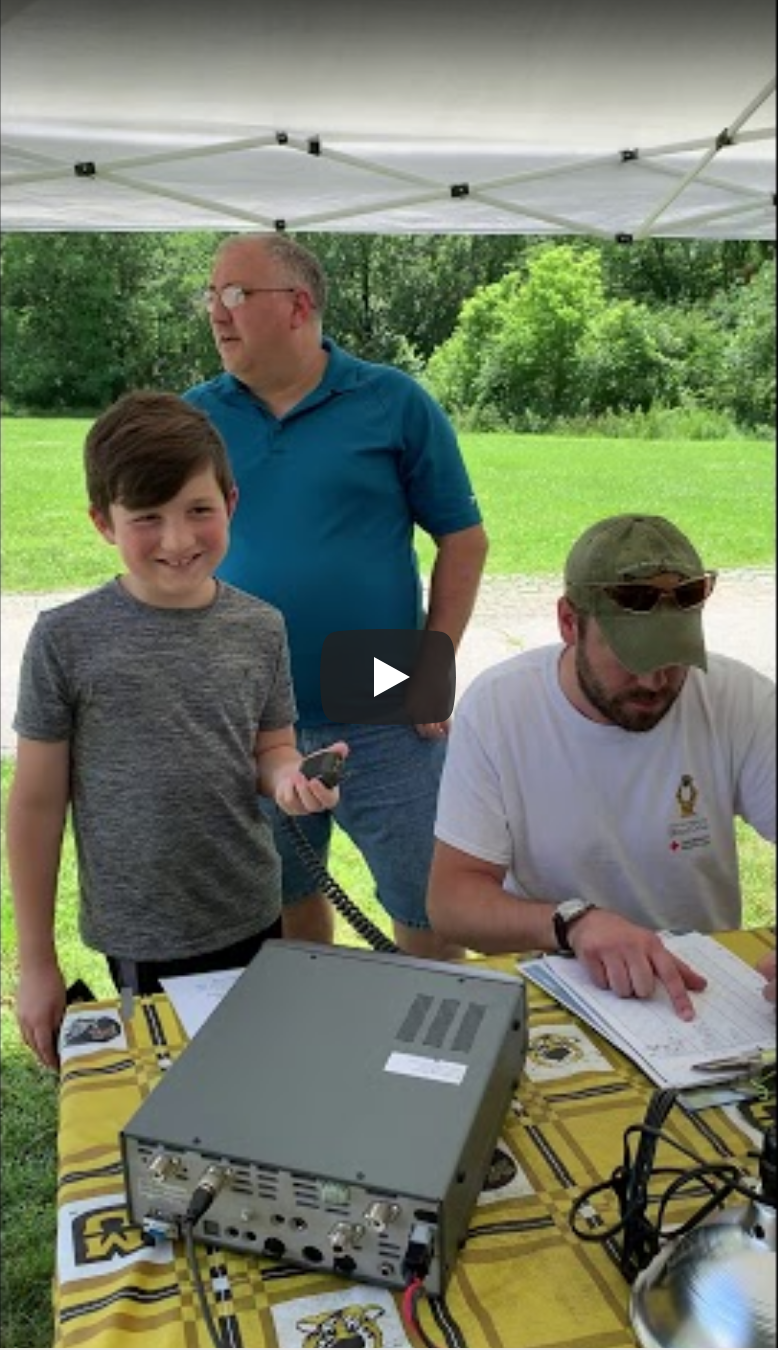 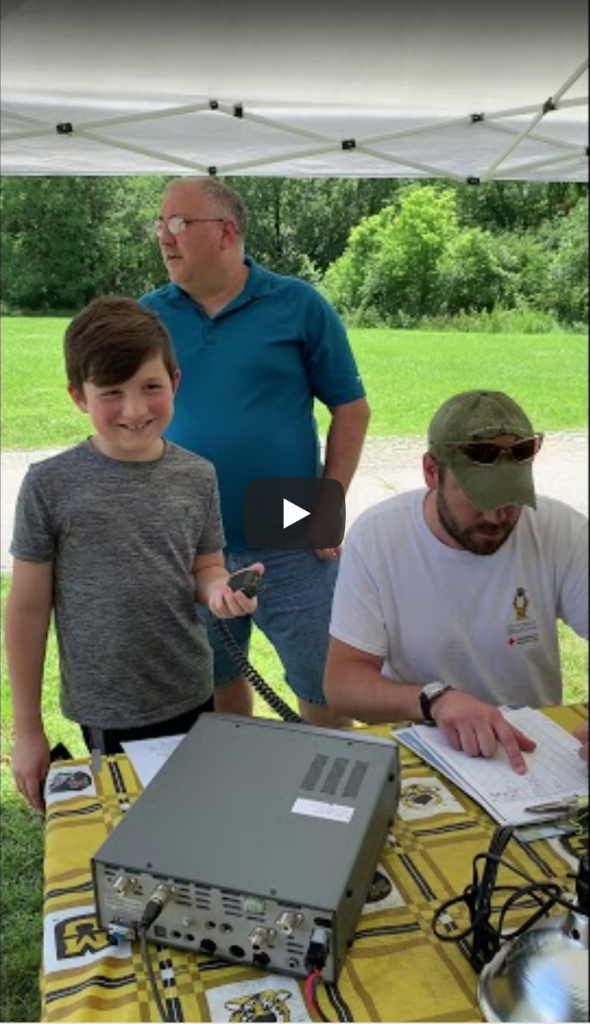 I thought you and your club might like to see and hear what your field day station sounded like here in Columbia, MO last Saturday. My son brought his family to see our operation. We had several stations and an information table set up for visitors. I showed them around and when we got to our GOTA station, the operator, Alex asked grandson, David if he wanted to make a contact. He shyly stepped up and was given a plasticized script of what to say. I’ve attached a link to a video my son took of David’s first Ham Radio contact. When it was over, he began to step away and Alex said, “Where are you going? I need some help.” David sat down and helped make seven more contacts. He was thrilled.

At the same time we had several local media crews doing interviews and filming. A student reporter from the Mizzou (Univ of MO) Journalism school did a story about our event, which was printed in their Missourian newspaper yesterday. I attached a link to that, also.
Over the years I have shown David various things about radio and basic electricity. He gets it, but has been a big X-Box enthusiast. He is eleven years old, now. I was 12 when I got interested in this and it developed into a career. I’m hoping this experience might raise his curiosity about our wonderful hobby.
Here’s the video: https://www.youtube.com/watch?v=jO223mK-vLw
Here’s the press: https://www.columbiamissourian.com/news/local/radio-operators-tune-in-for-nationwide-field-exercise/article_5fb41910-9457-11e9-ad88-efe00327ad94.html
73,
Myron Kern, W0ZH
Vice President, Central Missouri Radio Association (K0SI)
Columbia, MO